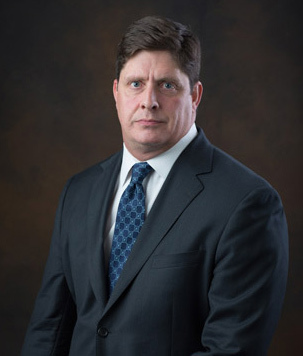 What is the Difference Between Federal and State Drug Offenses?

A conviction for state and federal drug charges in Dallas is different. Learn how these standards are determined.

When a person is arrested on drug charges in Dallas, there can be a wide range of penalties based on the offenses that person violated. For example, drug distribution or intent to distribute is going to have a stiffer penalty than simple possession for personal use.

However, things can change significantly if a person is arrested for federal drug charges as opposed to state drug charges. The reason is that federal drug offenses can often involve much longer prison sentences, including mandatory minimum sentences that can only be avoided in limited circumstances.

The confusion many people have is understanding the standards that distinguish a drug offense from being a state charge or a federal charge.

It’s important to first understand the types of drug crimes that are covered under state and federal statutes.

Although each state is different, some of the common types of drug crimes include:

Possession of Drug Paraphernalia – This refers to a person found with equipment that is commonly used to inject, prepare or inhale illegal narcotics. Drug paraphernalia includes items such as syringes, pipes, and papers to roll marijuana joints.

Possession of Illegal Narcotics – This refers to a person who is found with controlled substances like heroin, cocaine or a large amount of prescription pain medication. If a person is found with a small quantity of these drugs, the charge is usually simple possession, which is often pleaded down to a misdemeanor. But if the quantity found is large, prosecutors often add an ‘intent to distribute’ charge in addition to the possession charge, which carries very significant penalties.

Drug Distribution – This refers to a person who prosecutors believe was going to sell controlled substances for profit. To prove this charge, prosecutors must provide evidence of prior sales, find previous or current buyers, or show that the amount of drugs found was so large that it couldn’t have been for personal use.

Drug Manufacturing – This refers to a person involved in the production of any type of controlled substance. The one challenge with this charge is that because so many states have legalized marijuana for personal and medical use, a defendant arrested for marijuana can argue that the marijuana was being cultivated for personal use (if the quantity is under a specific state-mandated threshold), or for sale at a legal dispensary.

Drug Trafficking – This refers to transporting or importing large quantities of controlled substances. The severity of trafficking charges is dependent on the amount of drugs that law enforcement officers found.

What are Federal Drug Charges?

In general, however, there are several circumstances that can result in federal drug charges, including:

The Severity of the Offense – As discussed, the quantity of drugs found in a person’s possession often results in federal prosecutors filing federal charges. In general, drug trafficking and drug manufacturing offenses are charged as federal drug crimes.

Investigating agency(ies) – Federal agencies involved in drug investigations include the Drug Enforcement Administration (“DEA”), and the FBI.  Sometimes, federal and local investigators work together on a task force during an investigation. Federal investigations are generally large in scope.

Joint Agreement – If a defendant violates both state and federal drug laws, federal and state prosecutors can meet and decide that it’s in the best interests of justice to pursue the case in federal court. (1)

What are State Drug Charges?

In contrast to federal drug charges, state drug charges generally carry less severe prison sentences, and in some instances – such as simple possession for a first-time offender – a defendant may even be eligible for a diversionary program instead of jail time.

Drug offenses like possession are often charged as a violation of state law if the amount of drugs falls under a specified quantity. Typically, these types of offenses occur when a defendant is arrested with drugs intended for personal use.  In addition, possession of drug paraphernalia in small quantities falls under state law as opposed to federal drug law.

Fighting drug charges in Dallas requires the services of an experienced defense attorney. There are several strategies that criminal lawyers can use depending on the circumstances of the arrest, but a person arrested for a drug crime always has the right to mount an aggressive defense.