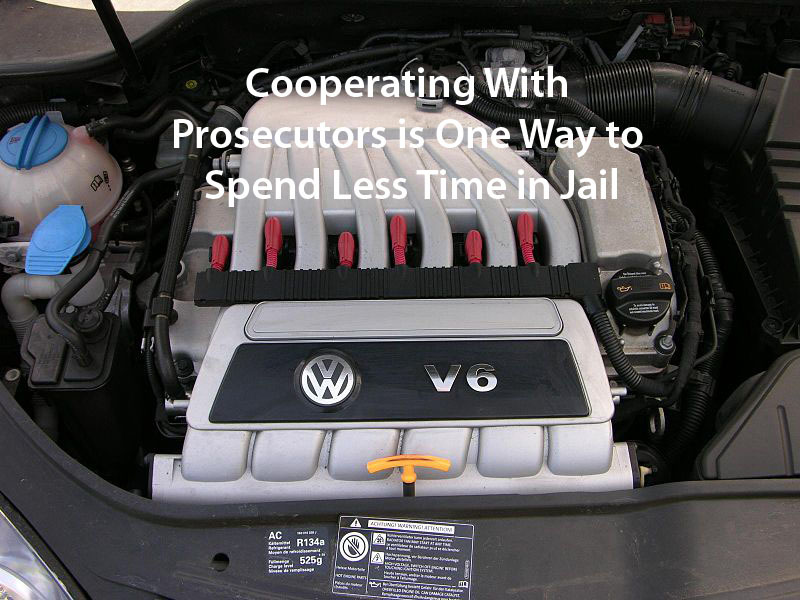 Last week, in a federal court in Detroit, James Robert Liang pleaded guilty to wire fraud and criminal violation of U.S. environmental laws in connection with the Volkswagen diesel emissions scandal, reports John Helms a wire fraud attorney in Dallas. Mr. Liang worked at VW's headquarters in Wolfsburg, Germany. He admitted that he and others installed software in VW diesel models, called a "defeat device," that would detect when the car was undergoing emissions testing and turn on emission controls, but turn the controls off at all other times, like when the car was being driven normally. He says he did it because VW engineers realized they could not meet emissions goals at the performance levels the company wanted. The defeat device was installed in over 500,000 vehicles sold in the U.S.

Mr. Liang is cooperating with federal prosecutors and law enforcement. He is the consummate insider. He knows who else was involved at the corporate headquarters and, at least to a point, how high in the company knowledge went. In return for his cooperation, he will probably get a reduced sentence, opines wire fraud lawyer Helms.

Mr. Liang happened to be living in the U.S. when he was indicted. It remains to be seen whether any other VW employees can be prosecuted in the United States, but you can bet that U.S. law enforcement is working with prosecutors in Germany who will be able to bring charges against responsible German citizens.

As a practicing wire fraud lawyer, I have written elsewhere that the best strategy for a federal criminal defendant is sometimes to cooperate with the government in order to get, hopefully, a reduced sentence. The prosecution of Mr. Liang is a great example of how a defendant can sometimes get a lot of credit just for providing information.

To get credit for information, it must be things the government does not already know, and it must be valuable. Mr. Liang surely knows almost everyone who was involved in creating, installing, and covering up the use of the defeat device. He has already disclosed, for example, code names for it that engineers used when communicating with each other, like "the acoustic function." This and other information he can provide will help law enforcement and prosecutors understand cryptic emails and documents. Even if Mr. Liang never has to testify against anyone, he can prove to be an invaluable resource and give prosecutors leverage in charging other wrongdoers. Given the scope of what he did, Mr. Liang is unlikely to avoid prison time, but it will probably be far less than if he had not cooperated.

If you or someone you know has been charged with a fraud or are facing any other criminal charges, contact John Helms wire fraud attorney in Dallas immediately. Call 214-666-8010 .

Photo courtesy of the Car Spy