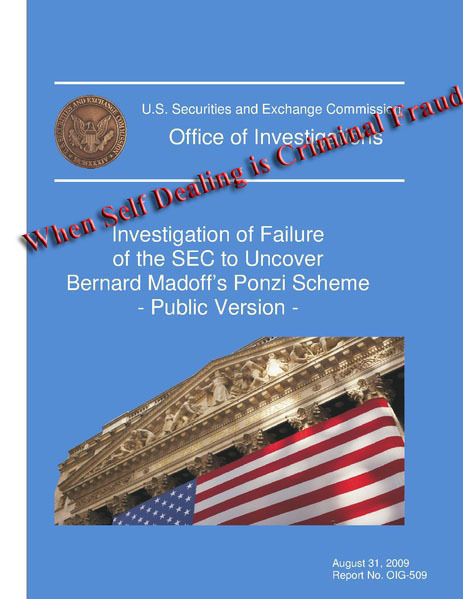 John Helms a fraud lawyer in Dallas TX helps you to understand fraud: Can self-dealing be a "scheme to defraud" under federal mail and wire fraud laws?

Is self-dealing a "scheme to defraud" under the federal mail and wire fraud statutes, asks John Helms a fraud lawyer in Dallas TX. The answer may surprise you, and it illustrates how important it is to look carefully at the law and facts in any criminal fraud prosecution.

Self-dealing is when someone is required to act for another person's benefit but instead acts to benefit him or herself at the expense of the other person. Corporate officers, business partners, attorneys, and many others are normally required to put someone else's interests before their own. In most situations, corporate officers and business partners should put their company or partnership first, and attorneys should put their clients first.

Self-dealing is usually wrong on some level, but is it a "scheme to defraud" under the federal criminal mail and wire fraud statutes? The answer is that, without more, it probably is not.

The federal mail and wire fraud statutes make it a crime to use the mail or interstate wires in a "scheme to defraud." A "scheme to defraud" means using false or misleading representations to trick someone out of money or property. It can also mean a scheme "to deprive another of the intangible right of honest services." See 18 U.S.C section 1346.

This does not mean that someone who engages in self-dealing has not committed a crime, adds fraud defense lawyer Helms. If they made a false representation about their conduct or their business, including if they made a statement that fails to disclose something important, they may have committed mail or wire fraud. Also, if they made a false statement or failed to disclose something important in connection with a sale of securities or in corporate public filings, they may have committed criminal securities fraud. Each of those crimes has specific elements that must be met, and those would have to be analyzed to determine whether a crime was committed.

As someone who has prosecuted and defended both civil and criminal fraud cases, I know that it is critical to do a careful and thorough analysis of the law and the facts in any fraud case. As the example of "honest services fraud" shows, something that certainly seems like fraud may not actually be fraud.

If you, a family member or someone you know has been charged with a fraud or any other serious crime, contact John Helms a fraud lawyer in Dallas, TX at (214) 666-8010 or fill out the online contact form. You can discuss your case, how the law may apply and your best legal options to protect your rights and freedom.