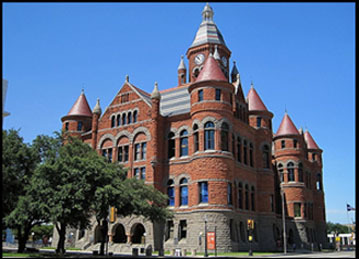 State Attorney General Ken Paxton is hoping to build on a major win last week when a federal judge dismissed the U.S. Securities and Exchange Commission’s (SEC) civil charges against him. The judge ruled that the agency's allegations, even if true, did not show that Paxton violated federal disclosure laws when recruiting investors for a McKinney-based company without informing them he was being paid by the company. Dallas fraud defense lawyer John Helms says the ruling may help Paxton in state court.

Helms was interviewed Monday morning by reporter Chris Connelly on Dallas' local NPR radio affiliate, KERA 90.1, on the dismissal of SEC's charges. Mr. Helms has substantial experience as a prosecutor, defense lawyer and civil lawyer in the area of securities fraud.

“The dismissal represents a significant victory for Paxton, but it’s not binding on the state court judge overseeing Paxton's pending criminal securities fraud case covering the same incidents. Paxton's defense team will probably ask the state court judge to follow suit and dismiss that case too. The federal judge's ruling could be very persuasive,” Helms says.

“This case is not about whether Paxton had a moral obligation to disclose his financial arrangement with Servergy to potential investors,” U.S. District Court Judge Amos Mazzant wrote in the ruling. “This case is also not about whether Paxton had some general obligation to disclose his financial arrangement to his investor group. The only issue before the Court is to determine whether the facts as pleaded give rise to a plausible claim under federal securities laws.”

Paxton released a statement that he was “gratified” by Mazzant’s ruling, but not only are the state criminal charges pending, the SEC has an opportunity ruled that the agency's allegations, even if true, did not show to justify federal civil charges and withstand another motion to dismiss.

The SEC filed its lawsuit in April claiming Paxton persuaded several people to invest in Servergy Inc. without informing them he had not invested and was getting paid a commission. It alleges Paxton raised $840,000 from investors in exchange for 100,000 shares of Servergy stock. Mazzant stated Paxton recruited investors without mentioning compensation but he didn’t have a legal duty to make such a disclosure.

Criminal defense lawyer John Helms has prosecuted securities, mail, wire and bank fraud cases as a federal prosecutor and defended clients in many of these cases as a Dallas fraud defense lawyer. He also represents plaintiffs and defendants in civil fraud cases. His office can be reached at 214-666-8010 or through his website.