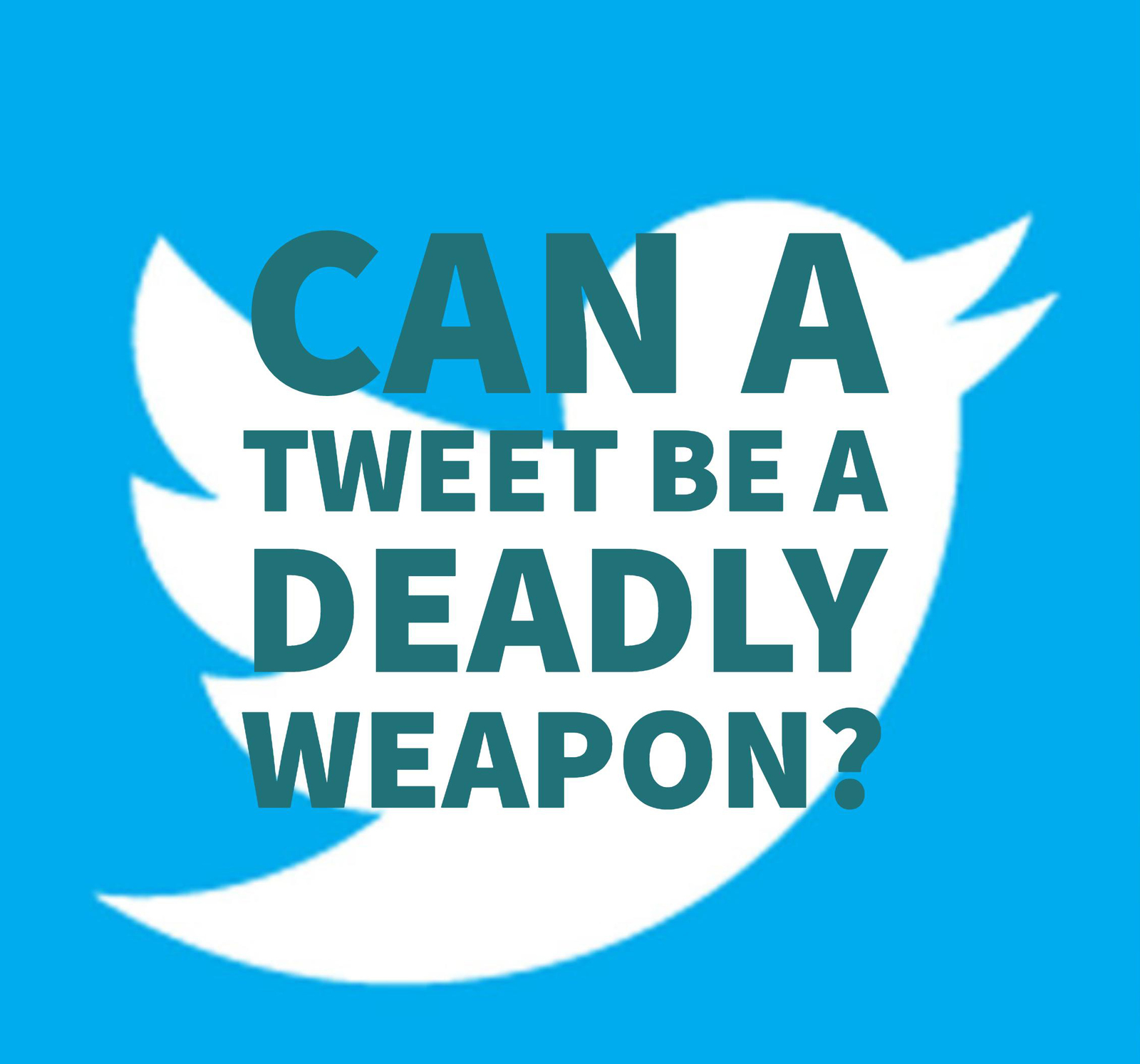 John Helms, Dallas defense attorney discusses a case where a man was prosecuted for assault based on a Tweet he sent over Twitter.

A Maryland man was recently indicted by a Texas grand jury for aggravated assault with a deadly weapon because of a tweet he sent over Twitter. The indictment alleges that the tweet was a "deadly weapon." Most people think of a gun or a knife as a deadly weapon. So, how could a tweet be one, asks John Helms Dallas defense attorney?

In this case, the Maryland man tweeted a GIF file, which is one that displays a brief animation. The particular GIF file was one that displays flashing lights that are known to cause some people with epilepsy to have seizures. The person to whom he sent it is a prominent national columnist who has written about attempts by people to send him GIF files that could cause him to have a seizure. The columnist is also a critic of President Trump, and when the defendant sent the columnist the tweet, he allegedly indicated that he thought the columnist deserved a seizure for what he had written about Mr. Trump. Allegedly, the columnist did, in fact, have a seizure.

(A) a firearm or anything manifestly designed, made, or adapted for the purpose of inflicting death or serious bodily injury; or

(B) anything that in the manner of its use or intended use is capable of causing death or serious bodily injury.

The key here is the phrase, "in the manner of its use...is capable of causing death or serious bodily injury." Normally, we would not think of a tweet of a GIF file as something that is capable of causing death or serious bodily injury. If this particular type of file was sent, however, to cause someone who is known to be vulnerable to seizures to have one, then we are not talking about an ordinary tweet of an ordinary GIF file. If a seizure is or can result in "serious bodily injury," then the tweet of the GIF may actually be a "deadly weapon." It may be up to medical experts to persuade a judge or jury one way or the other on this issue.

Although this is a very unique case, it is not unusual that Texas law defines something we may not consider inherently dangerous to be a "deadly weapon." For example, Texas prosecutors routinely charge that cars and fists are "deadly weapons," because they are capable of causing death or serious bodily injury if they are used in that way. There are Texas cases that back up these theories.

Aggravated assault with a deadly weapon is a serious crime. In addition to whether the weapon is really "deadly," there can be issues like self-defense and whether the accused is the one who actually committed the assault. Sometimes, people are charged with being an accessory to the assault even if someone else actually did the assaulting. Someone who merely assists the actual attacker in some way can be just as guilty under what Texas calls the "law of parties."

If you or a loved one is accused of a crime of violence like aggravated assault, it is important to get the best legal representation you can. A really good defense lawyer will look for any credible defense that might work. Even if there is not a good defense for whether the accused committed the crime, a good lawyer can often present a compelling case that the punishment should be less than what the prosecutor originally thinks.

If you, a family member or someone you know has been charged with assault or any other crime in the Dallas area, contact Dallas defense attorney John Helms at (214) 666-8010 or fill out the online contact form. You can discuss your case, how the law may apply and your best legal options to protect your rights and freedom.