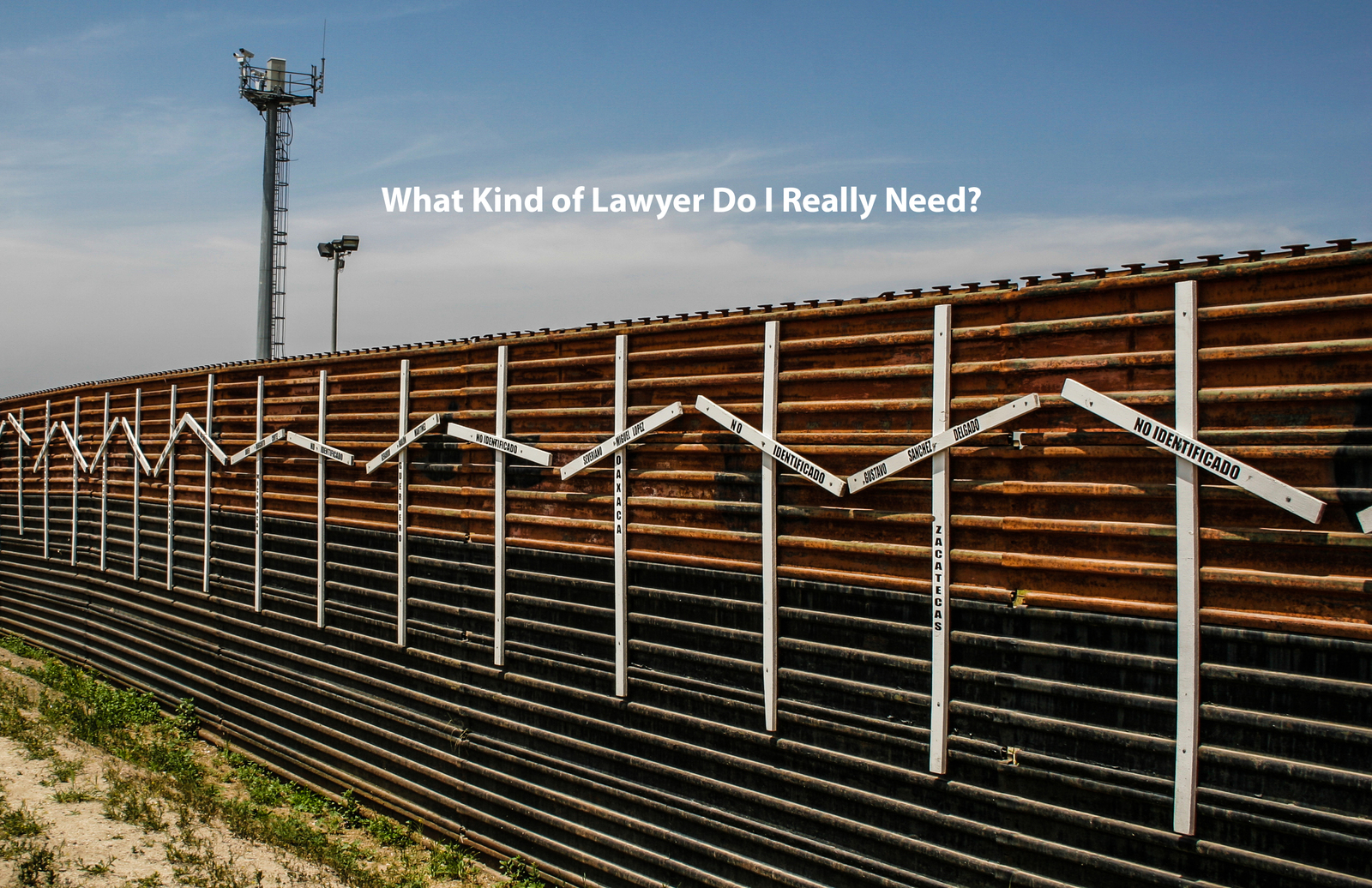 Dallas Criminal Lawyer Answers The Question “What Kind Of Lawyer Do I Need?”

John Helms, a Dallas criminal lawyer, is often asked the question “Do I need a criminal defense lawyer, an immigration lawyer, or both?”

I am a criminal defense attorney. I am not an immigration lawyer, but I often handle criminal immigration cases. Confusing? It is for many people who contact me. This paper explains the differences.

A criminal defense lawyer like me defends people who are accused of a crime.  A crime is usually something that can result in jail time, or at least a fine. In order to prove someone guilty of a crime the government has to prove that they are guilty beyond a reasonable doubt. There are special rules and procedures for criminal cases. A criminal defense lawyer needs to know them in order to defend an accused person.

A violation of the U.S. immigration laws can result in deportation, which means that the government removes you from the U.S. and sends you back to your home country. If you are trying to avoid being deported, you need an immigration lawyer.

Here is the confusing part: There are also immigration crimes. These are violations of laws relating to immigration that can result in jail time. Someone who is convicted of an immigration crime, and who is not a U.S. citizen, can be sentenced to jail first and then deported after serving their sentence. In these situations, a criminal defense lawyer tries to help the accused avoid a conviction for the crime or minimize the jail time after a conviction.

Here are some examples of immigration crimes that I have handled:

-Alien smuggling. It is a crime to take payment to help others get into the United States illegally. It does not matter whether the smuggler is a U.S. citizen or not.

-Passport fraud. It is a crime to apply for a U.S. passport using false information designed to trick the government into issuing a passport. It does not matter whether the person actually gets a passport or not.

-Visa fraud. It is a crime to apply for a visa to come to the United States or to bring someone to the United States using false information designed to trick the government. Recently, there have been criminal prosecutions of U.S. companies that apply for work visas to bring foreign workers to the U.S. for improper purposes, such as to pay them less than what U.S. citizens would receive.

There are also sometimes immigration consequences for a crime. In many cases, a conviction for a crime can result in a person being deported and never being allowed to return to the United States. This can be true even if the person was in the U.S. legally, such as on a visa or because the person had become a lawful permanent resident (green card holder).

As a criminal defense lawyer, I have to find out my client's citizenship status in order to advise them of the possible immigration consequences if they are convicted of a particular crime. Sometimes, I know the answer, but sometimes I have to talk to colleagues who are immigration lawyers in order to be sure.

The basic rules of thumb are:

-If you are trying to adjust your citizenship status, get into or stay in the United States, or avoid deportation, you need an immigration lawyer.

-If you are accused of a crime that involves a fine or jail time, you need a criminal defense lawyer.

-If you are accused of a crime, and if you want to fight the effect of a criminal conviction on your citizenship status or fight being deported after serving your sentence, you need both.

Immigration crimes are serious business. No one wants to serve a long prison sentence IN ADDITION to being deported. If you or your loved one is accused of an immigration crime, you need to hire an experienced criminal defense lawyer. Contact John Helms at 214-666-8010