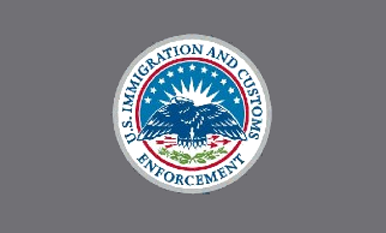 If you or a loved one has been charged with illegal reentry into the United States after a prior deportation, you are probably wondering what Donald Trump's election as President will mean for the sentence you or your loved one could receive if there is a conviction says John Helms Dallas criminal immigration attorney. After all, a key part of Mr. Trump's campaign has been hostility to those who come to the United States illegally. Does Mr. Trump's hostility mean that people convicted of illegal reentry will be punished more harshly than before?

I believe that the answer is, "no." To be clear, I am only talking about the punishment someone convicted of illegal reentry will receive. It is certainly possible that a Trump Justice Department will make prosecutions for illegal reentry a higher priority, meaning that some cases that would have only resulted in a deportation in the past will now also be prosecuted criminally. But as far as the criminal PUNISHMENT that someone would receive, I think it will stay about the same, believes criminal and immigration lawyer Helms.

The reason is that the one thing that most affects the harshness or leniency of punishment for illegal reentry cases is the Federal Sentencing Guidelines, and it is unlikely that President Trump would affect them. The Guidelines are a set of standards that apply to every federal criminal case in the United States. They are designed to give federal judges guidance about the range of punishment, in months, that should apply for a given crime committed by a person with a given criminal record. The idea of the Guidelines is to try to make sure that federal judges across the country give similar sentences in similar situations. Federal judges are not strictly required to follow them, but they usually do.

The Sentencing Commission has extensively studied illegal reentry over the years and has amended the illegal reentry Guidelines many times to take into account needed changes. For the most part, over the last 15 years, the amendments have reduced the punishments for those without extensive criminal records. This responded to the feeling among many federal judges that the past Guidelines requires unnecessarily long sentences for those who were not dangerous criminals.

Because the Sentencing Commission has carefully studied illegal reentry and made so many adjustments in recent years (including a new set of changes that just took effect), it is very unlikely that there will be any push to overhaul them any time soon. Essentially, the Guidelines have been improved gradually over time and do not need an overhaul.

Even if President Trump wanted to make illegal reentry punishments harsher, he would have a hard time doing it. The Sentencing Commission and federal judges across the country have dealt with and studied illegal reentry sentencing for many years now, and I believe there is a general consensus that the Guidelines are getting it right.

Finally, federal judges are the ones who decide what a sentence will be. They are appointed for life and are therefore largely unaffected by the way that political winds blow. Although President Trump will be appointing some federal judges to fill vacancies or to replace those who retire or die, the turnover is relatively small, and it takes a long time for appointments to have a substantial effect. And because new judges would look first to the Sentencing Guidelines for guidance in a particular case, and as an experienced immigration defense lawyer I do not foresee major changes in illegal reentry sentencing, even from newly appointed judges.

Again, President Trump may try to increase enforcement of the immigration laws by trying to deport more people or by prosecuting more people for illegal reentry who would have simply been deported in the past, but I do not believe that the typical punishment for an illegal reentry conviction will be significantly changed.

If you, a family member or someone you know has been charged with illegal reentry in the Dallas area, contact Dallas criminal immigration attorney John Helms at (214) 666-8010 or fill out the online contact form. You can discuss your case, how the law may apply and your best legal options to protect your rights and freedom.