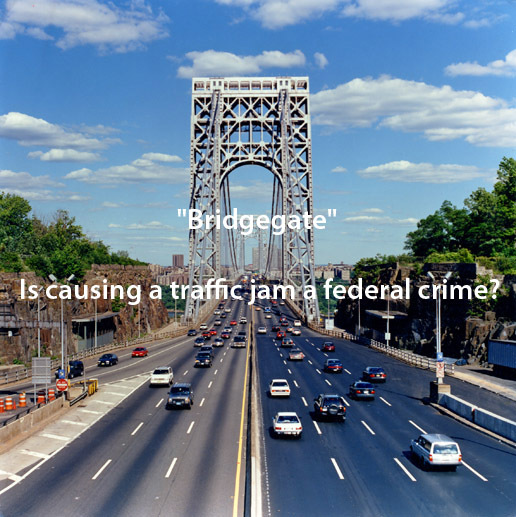 This week, in a federal court in New Jersey, two former assistants to New Jersey Governor Chris Christie are on trial on federal criminal charges for causing a traffic jam that shut down parts of the George Washington Bridge, which connects New Jersey to New York City, reports John Helms a criminal defense attorney in Dallas.  The shutdown caused massive problems in Fort Lee, New Jersey, including delaying emergency responders and children in school buses. The defendants allegedly caused the traffic jam to punish the mayor of Fort Lee, New Jersey, who had refused to support Chris Christie's campaign for governor of New Jersey.

A lot of juicy details are coming out about when Governor Christie knew about this, and the text and email messages between the defendants and others are damning. All of this obscures a very basic issue:  How is it a federal crime to cause a traffic jam, asks top criminal defense lawyer Helms?

In order to protect federal money spent on projects like this, Congress made it a federal crime to steal, embezzle, or misapply money or property from entities that receive at least $10,000 of federal funds annually. See 18 USC section 666(a). The Port Authority received far more than this amount.

So how does causing a traffic jam count as embezzling, stealing, or misapplying money or property from the Port Authority? First of all, Governor Christie had appointed loyalists to key positions in the Port Authority. They allegedly told Port Authority personnel to shut down traffic lanes and toll booths by telling them that this was part of a traffic study to see what would happen if the lanes and booths were suddenly shut down.

The prosecutors argue that the defendants wrongfully took and misapplied the services of Port Authority employees and Port Authority property, like the traffic lanes and tollbooths, in order to carry out a scheme for political retribution.

This is, to be sure, a broad application of the law. The trial judge has allowed the case to go forward, though. If the defendants are convicted at trial, we will have to see whether the United Stated Court of Appeals for the Third Circuit upholds this use of the law.

If you or someone you know has been charged with a federal offense or are facing other criminal charges, contact John Helms criminal defense attorney in Dallas immediately. Call 214-666-8010.